Yes, you read it right.

All good practices are sometimes misunderstood, and we also see some of the GitOps misconceptions making the rounds as well.

And this blog is all about busting them.

Let’s capture some thoughts about ‘what is GitOps’ in our introduction.

GitOps is a well-designed paradigm that can be used for Kubernetes and also to deal with cloud-native technologies. It is an operational model that offers the best practices for GIT deployment, monitoring, and management of clusters and applications.

Its ability to simplify complex processes and to work with a clear vision makes GitOps a choice for changing times.

Why has adoption of GitOps increased?

GitOps acts as a single source of truth and has become the new way of managing and deploying software programs. It is a simple tool that manages deployment efficiently. Here are a few reasons that have increased GitOps adoption among organizations in recent times. 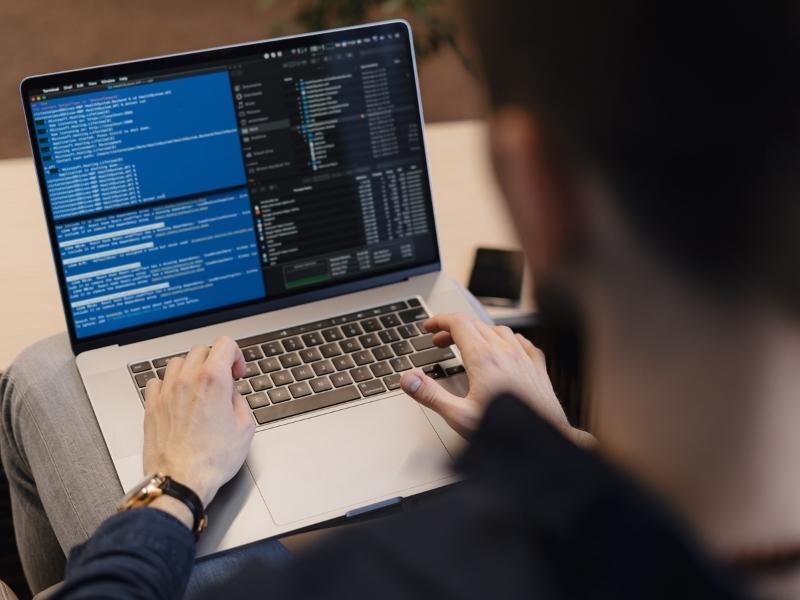 GitOps is the operational framework that uses DevOps practices. All the cloud operations can be a part of Git. It manages the source code with the help of powerful tools and can support all types of software development. It makes use of DevOps features and provides a powerful control system for a robust version.

GitOps offers a notable approach in terms of cloud-native technologies, which are mainly used in software development. Kubernetes is one of the standard tools used in the area of container orchestration and GitOps performs effectively for it. But there are certain GitOps misconceptions that have created doubts in the minds of users. And, these GitOps misconceptions can be clear by giving the facts.

Git is a technology having competent ways to handle various processes. It can reduce the time of recovery with the use of rollback. It enables the rollback in a stable situation by distributing copies of backups while handling the events of serious outrage.

The technology offered by GitOps can keep improving the security aspect using different ways and different techniques. GitOps provides a set of tasks that help developers to grow and to learn the required skills that are useful in the IT work area. GitOps allows users to make use of observation systems with declarative details.

Details of misconceptions that revolves around GitOps 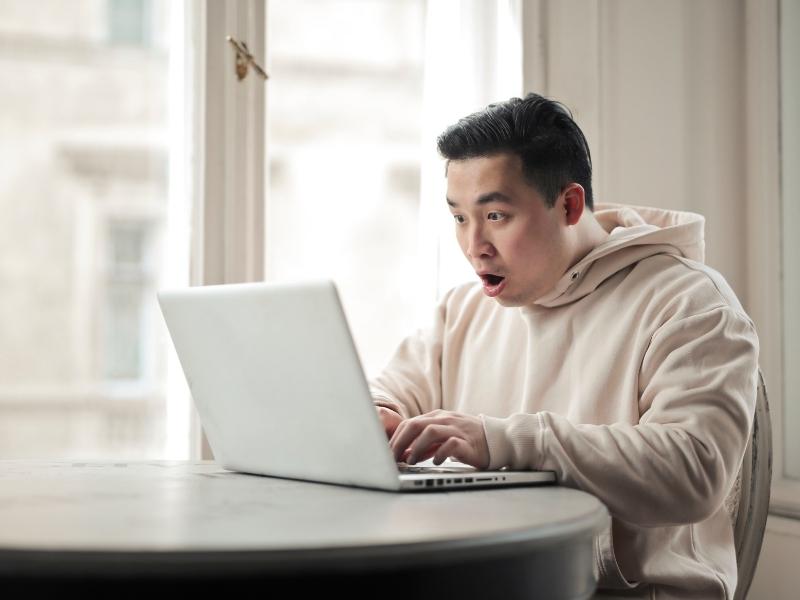 GitOps keeps teams together by empowering them and helping them to move faster while offering new techniques. The changes were made without causing any instability in the atmosphere.

Take a look over the busted GitOps misconceptions.

1. GitOps is more than being a buzzword

GitOps is a set of practices and not just a buzzword. Deriving concepts from Continuous Integration / Continuous Delivery and DevOps, GitOps creates a continuous deployment approach for development teams to manage clustered or cloud-native applications.

In the beginning, most people and organizations had never thought about GitOps seriously. But in the last decade, the effective usage of GitOps technology, which works on the principles of DevOps, has changed the GitOps misconception completely.

GitOps is well suited for automated infrastructures. Kubernetes makes use of automatic workflows and supports cloud-based shell scripts. GitOps can easily manage the application deployment of Kubernetes with the help of declarative text format as a part of the infrastructure.

Kubernetes and GitOps work together perfectly well but can be used separately as well. GitOps with its core principles can easily manage all the different types of workflows effectively.

GitOps offers a wide approach while dealing with many other technologies. Developers can use some sort of Kubernetes cluster, including the cloud, on-prem, and “serverless” Kubernetes service like GKE (Google Kubernetes Engine) AutoPilot. Moreover, GitOps also manage a lot more from a declarative perspective like:

GitOps would manage everything smoothly, no matter, whatever is in the source control. GitOps works with an aim to manage the entire system declaratively rather than just apps. And thus, it is not true that GitOps can only work for Kubernetes.

3. GitOps and DevOps are nearly the same

The technology DevOps is mainly based on a cultural approach. It is mainly developed to bring Dev and Ops technologies together. GitOps can be considered as a part of DevOps which plays an important role in the collaboration of the two technologies by reducing the differences between the two. Dev and Ops work together effectively and make use of Git, which can be considered a single source of truth.

DevOps offers a range of tools that can be used while GitOps helps to streamline the deployment of various applications. Server organizes the usage of both DevOps and Gitops technologies together to produce effective results in software development and deployment.

The combination of both the technologies makes the work highly powerful and popular among developers. But it is very clear that GitOps and DevOps neither have any similarities nor do they depend on each other. The misconception is clear because GitOps can support work as similarly as DevOps, yet GitOps is not DevOps.

4. GitOps makes use of Git only

Git and Gitops are cloud-native technologies, but GitOps is not about only Git. GitOps mainly consists of files and data. It stores several configuration files necessary to make use of GitOps functionalities. It also consists of various artifacts in the form of a source control repository. The actual state and the desired state of the clusters can be detected with the help of the CD tool. The CD tool supports agent-like systems while testing every situation during the processing.

Developers make changes in the system as per requirement during the processing of data, the agents can find the changes in the processes and it allows the states – actual and desired, to remain even while activities keep happening. Git is a solid framework that is based on principles that remain consistent and strong. It is more powerful than GitOps. It also allows the changes to take place through the requests, and it can also manage automated change approvals.

Git defines declarative descriptions and also detects drifts & differences. It can also allow changes to be taken place using pull requests. The working style of Git is different compared to GitOps. Some of the options GitOps offers are not a part of Git. So, it is clear that the GitOps misconception about Git is baseless.

People think GitOps is all about using Git. That is another GitOps misconception among the people. It is also a part of the confusion that some users claim that CI/CD makes use of the GitOps model during processing, which is not true. CI/CD can make use of the push model that enables developers to push the available code into the source code management system (SCM) and activates the CI server. The server tests the code and executes it. The docket image of the application can be created and the docker can be pushed into the docker registry.

This is how the push process is executed and it remains against the workings of GitOps technology, which is based on core principles. The pull model, when executed, brings a lot of changes in GitOps with regards to security It offers complete security which can be considered a major aspect of the entire process. It makes the work valuable since the entire process is based on pull models.

The use of pull models is highly preferable and it is considered the safest option. The pull approach is safe and sound because it does not allow external clients to access the cluster. Every update that is a part of internal processing is highly trusted. But the pull-based working technique cannot be preferred because of the cluster credentials that can be a part of the built system internally only.

Yes! GitOps & Git – Both are different

GitOps is one of the innovative technologies that revolve around the professional world. It can work efficiently and has the potential to disrupt cloud-native operations. The workflows of GitOps offer a solid software delivery while executing Kubernetes software deployment and offer effective techniques to fulfill the objectives and goals. GitOps isn’t based on automatic infrastructure and application development, but it also offers reliable techniques and advanced technology.

Git works on a particular set of principles, but it can have the flexibility to adjust itself while working with GitOps. The technology GitOps offers powerful techniques to handle software development and deployment. It can be combined while using Git techniques to have a higher impact.

Most of the users have been confused about the similarity between these two names Git and GitOps. There are many GitOps misconceptions because most people have thought about only Git and not GitOps. Both technologies work together, but each of them has a different working setup.

Not all GitOps misconceptions are true 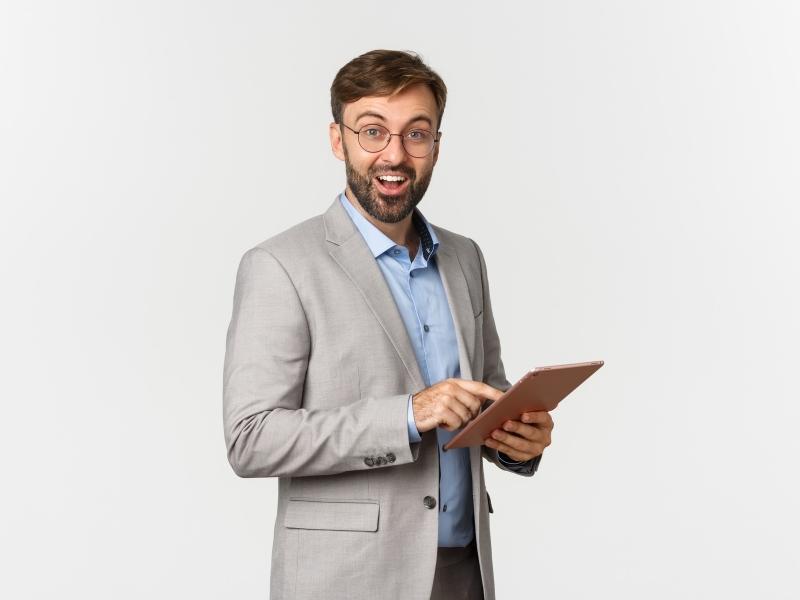 There is a lot of confusion and misconceptions regarding Git and GitOps. Either people get puzzled by the similarity in the names or get confused due to technical misunderstandings. But, in this blog, every GitOps misconception is busted clearly by removing the doubt and ambiguity about this newly introduced technology. In a nutshell, Git and Gitops are cloud-native technologies. However, GitOps is an advanced technology that can easily collaborate with other software applications; it has the highest stability with a simple workflow. It has higher compliance that helps the automated infrastructure to work smoothly.

Looking for the best experts for GitOps implementation?

About the Author: Vishal Nakum

I’m a digital strategist, and I believe that unique businesses deserve unique strategies to succeed and I love coming up with ideas to match your ambition. I know you’ve got the ambition to spare, you’re a leader, and you understand the profit potential and exposure available for your business online.